What is Bluestacks Android Emulator?

An Android emulator is an app that helps you to run Android apps on your PC. Bluestacks is one of the most popular freeware emulators, and it runs on both Windows OS and iOS. It is especially popular among gamers because of its excellent gaming properties. If at any time, you lack an android device but you are so attached to your android apps then you can still enjoy them on your PC using the Bluestacks emulator. Some people use Bluestacks for the pleasure of a bigger screen and the fact that given a PC with the “adequate resources,” it provides better app performance than many Android devices.

“Adequate resources” means that your PC must have at least 2GB RAM, 5GB hard disk space, and a GPU with Direct X 9.0 or higher capabilities to run Bluestacks. NB: these are just the minimum requirements. To ensure Bluestacks runs smoothly, recommended PC specs are 4GB RAM and core i3 processor or its equivalent. It is also recommended that you close all other windows when running Bluestacks to prevent lagging or freezing. 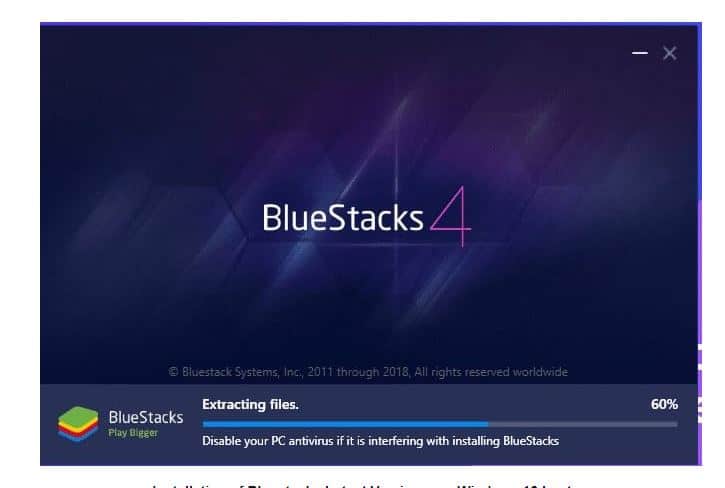 Since its creation in 2011, Bluestacks has released a few versions. The latest version of Bluestacks (Bluestacks v4) was released on the 18th of September 2018.

Simply put, Bluestacks was created with gamers mostly in mind, and most of its attributes are game-oriented. Bluestacks has a very intense ad campaign which can be a bit overwhelming at times especially if you are not very interested in sports because most of these ads are usually games.

It is quite easy and straightforward to install Bluestacks on your PC. It sometimes comes in a zipped format, so you might have to extract the installer before running it. It takes a few minutes before the installation completes and even longer for the app to initialize for the first launch.

After installing the Bluestacks app, you can proceed to log in to your Google account and get any apps you need from the Play store. It is illustrated here how to go about using Snapchat as an example.

As an alternative method, you can also install apps on Bluestacks if you can get the APK file on your PC, you can then open the APK file with Bluestacks’ ‘APK handler’ to install it on the Bluestacks app. The app then appears on the home screen of Bluestacks.

Please be reminded that Bluestacks’ performance largely depends on your PC’s spec.

How To Tips & Guides